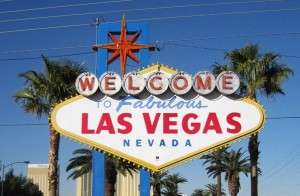 This week I’ll be in Las Vegas from Tuesday to Friday. This trip was planned about a month ago. I had some airfare credit on  Southwest from volunteering to be bumped last year that was about to expire and decided to use it for a trip to Vegas. With my airfare covered a hotel room was the only major expense I needed to pay. I originally only planned to stay two nights in Vegas. Then I found out my mom had also planned a trip to Vegas with a couple of my aunts and they would be arriving the day after I left. Therefore, I decided to stay another night which will allow me to have lunch with my mom and my aunts at the airport when they arrive. I felt it was worth paying for an extra day in Vegas in order to get to meet them. I also get the value of another day to do stuff in Vegas and as I explain in this post the extra day isn’t going to cost me much.

I had several options to choose from to get cheap or even free hotel rooms in Vegas.  I have Starpoints that I could have used to book a free room at a Four Points. I decided not to use the Starpoints since hotel rooms are already cheap in Vegas I could get a lot better value from my Starpoints using them elsewhere.

I also could have used some of my Chase Ultimate Rewards to book three hotel nights. I decided not to use my Ultimate Rewards for a couple of reasons. One is that when booking through the Chase site your Ultimate Rewards only cover the base hotel cost and taxes, they don’t cover resort fees. I’d still have to pay the resort fees out of pocket. I could write a rant post about resort fees, but I’ll save that for another day. Another reason for not using my Ultimate Rewards is that although I can use them to pay for a hotel without paying anything out of pocket it isn’t really free to use them.  Ultimate Rewards can be redeemed for cash so using them to pay for a hotel basically costs you the amount you could have gotten by redeeming the points for cash. For example, if it cost me 2800 UR points to book a hotel which I could have redeemed for $28 in cash then I’m basically paying $28 for the hotel. When you add the foregone cash to the resort fees then the hotel night from using my UR points wasn’t really free. Using the UR points would still have been an okay deal, but I had a better option.

Wyndham Rewards currently has a promotion awarding you with $100 in Wyndham gift cards when you stay two times with them during the promotion period.  I stayed at a Wyndham property once during my April hike and once during my July hike and satisfied the terms of the promotion. The $100 in Wyndham gift cards is awarded as four $25 gift cards and only one gift card can be used per each hotel stay. Also, the cards have to be used by October 31, 2016.   That makes it a little difficult to take advantage of all the gift cards since you need four different stays to use up the gift cards.

I mostly solved that problem by booking one night at three different hotels. Wyndham has a lot of properties in Vegas making it easy to stay at three different hotels. It will be a little bit of a hassle to have to check in three different times, but these are small properties so I don’t anticipate a long check-in line like you sometimes have at the mega hotels. My first night I’m staying at a property that doesn’t have a resort fee and I’ll only be paying $7 and change for my room. The other two nights I’m staying at properties that have casinos and I’ll be paying $20 and change each night for my room. I could have saved a little more money by staying at non-casino properties. However, the casino properties had much better locations for my purposes so it was worth paying a little extra. After all, $20 a night is still pretty cheap.

My only other expenses will be bus, food, and gambling.  The bus will be pretty cheap. I’m going to get a 24 hour pass for $8 the first day and I might get another 24 hour pass for the last day. The max I think I’ll spend on the bus is $16. Food will be cheap since I like cheap food. I don’t consider food a travel expense since I eat out all the time when I’m at home too.  I’ll be sure to eat at In n Out at least once and I’d like to try Shake Shack while I’m there too.  I also have a couple of free buffets from playing My Vegas Slots.  If I’m not too unlucky gambling the entire trip should cost me less than $100 out-of-pocket.  Although I’m far from a master at travel hacking, I hope this shows how it is possible to travel without spending a lot of money.