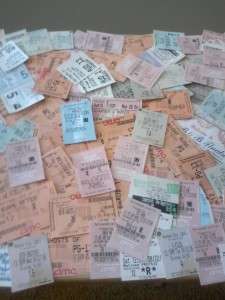 As you can tell from the picture of some of my movie ticket stubs from the last few years I love movies. Netflix is the greatest value I have found in movie watching entertainment. Yes, I could get DVDs for free from the library or an occasional free DVD from Redbox but neither of them have anywhere near the selection of Netflix. Now that I have the ability to stream movies over the internet as well as receive DVDs in the mail my other movie-watching options do not compare. I will always watch a few movies in the theater but now that I have Netflix I have cut way back on going to the movies. I try to limit going to the theater to those movies that will most benefit from being shown on the big screen.

Netflix is also a great way to watch TV series. I’m just about to finish the second season of “Veronica Mars” which is now one of my all-time favorite movies. I like the series so much that I almost went to see “When in Rome” just because Kristen Bell is in it but the previews made it look too awful so I will wait for it to come out on DVD. Now that I have unlimited movies available via mail and internet I can take a chance on movies I’m not sure about it. My plan comes out to $9.68 a month with tax which is about what I would spend in one trip to the movie theater. This makes Netflix a frugal entertainment option for me. As you can tell I’m a big fan of Netflix and have no reservations about including a couple of affiliate links for them in this post.