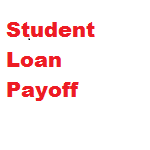 While poking around on the Navient website the other day I discovered they had records of all of my payments since they started servicing the loan. They weren’t nice enough to total the payments for me. I had to copy all of the payments into a spreadsheet and get the total that way. I was rather surprised to see that I had made over $43,000 in payments on my student loan. That is a big chunk of money. It is more than I have saved for retirement. That total doesn’t include the payments I made during the two years before Navient became my loan servicer. My payments were $0 or $5 during that time so they wouldn’t have made much of a difference in the total.

The sad thing is that after making $43,000 in payments my student loan is almost $10k larger than when I started. The monthly interest on this loan is a killer. It makes it extremely difficult for me to make progress paying down the loan. If this had been an interest free loan I’d have the loan over 40% paid off.

I sometimes get comments saying how I’m a thief or ripping off the government using income based repayment and  not having paid off my student loan.  My loan is eligible to be forgiven in about 18 more years. If the numbers continue as they have so far, then I will have paid far more than the original balance of my loan by the time it is forgiven. In addition the loan balance that will be forgiven would at the time be over $200,000, possibly way over. That would result in a humongous tax bill. Combining the tax bill and all the payments I will have made I’ll end up paying way more with income based repayment then I would have under the standard ten year repayment plan.  Of course, there is no way I could have afforded to make the required payments on the ten year plan, but that is not the point. The point I’m trying to make is that using the income based repayment plan isn’t allowing to me to get away with anything. It is just spreading the financial pain over a lot more years.

I’ve also got to consider that I need to save for retirement. If thing went very well and I was able to pay off my student loan in ten years I would have $0 debt, but also very little in retirement savings at age 60. That doesn’t seem too smart. Considering I’ve developed some health problems the last few years, I can’t count on being able to work well into old age. So saving for retirement needs to be a priority.