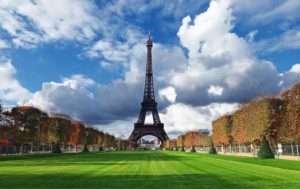 There haven’t been many posts this month since I started my tax job. I know a lot of people work full-time jobs and keep blogs going, but once I’m done with a day of work I don’t feel like doing anything. I procrastinated so long there is no point in doing my net worth post this month because it is almost next month. Starting this week I will have one day off during the week and Sundays off. My plan is to do any blogging on my weekday off. The job is going about as well as could be expected.  The main thing I don’t like about this job is that I have to be there forty hours a week. That is a problem with about any job I would work. Next season I might be able to snag a remote position. I think the job would be a lot more palatable if I were able to work from home. The main reason I’m working this job is to build up a nice cushion of money. I didn’t have any specific plans for using the money other than a hope to travel some this year.

I now have something to spend that money on. Last week I booked a flight for me and my GF to Paris where she will stay ten days and I will stay twenty-three. The Paris trip came about due to there being some super cheap flights from Boston to Paris. I was able to book a round-trip ticket for $324. I booked the flight through the Chase Ultimate Rewards travel portal using my Sapphire Preferred card which gives me 1.5 my points when they are used for travel. That meant I only had to use about $215 worth of points to book the ticket. I was able to book both of our tickets using my credit card points and I still have enough points left for another $1500 of travel. Most of the points came from the very generous credit card sign up bonus. Credit card spending for my FBA business helped boost my points quite a bit as well. We’re using Southwest points to get from Kansas City to Boston.  I now have to come up with a plan to cover our hotel for the trip. My GF and I both just signed up for a credit card that will give us each two free nights. That will take care of four nights so we’ll need to cover six more nights. I’m considering booking a place through AirBnB. Their prices are pretty cheap compared to a hotel and they would be very convenient. There is still plenty of time before I have to decide on that.

In addition to the flight and hotel there will be the cost of seeing the various sights, local transportation, food and other stuff. I’ll try to get deals on that stuff too. Since I got such a good deal on airfare I can probably splurge a little on that stuff and still have a relatively low-budget vacation so I won’t worry about getting deals too much. If any of  you have tips on what we should and shouldn’t do while in Paris I would love to hear them.

3 thoughts on “Paris Vacation and Other News”